EuropeActive participation in a “State of the Art” Conference, “Physical activity tomorrow’s cure” 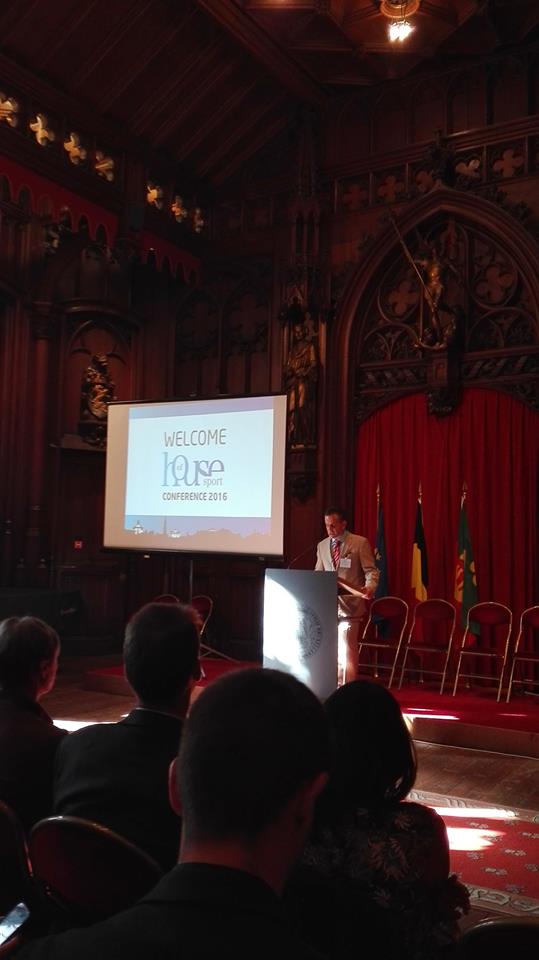 Physical activity is important on social, economic and health level in the European Union

On September 12th at the City Hall of Brussels, Belgium, the conference on the topic “Physical activity tomorrow’s cure” was held as part of the European Week of Sport 2016, organised by House of Sport with the participation of its 20 members organizations, one of which is EuropeActive, professionals from the field, officials from the European Commission, public and private sector. Nathalie Smeeman, Executive Director of EuropeActive and Cliff Collins, Director Programs as well as our team took part of the hearing and the discussions and gave their positive impact by their experience in the field and their daily work to bring more people more active, more often.

Physical activity is an important contributor to human health and well-being, and the full extent of its benefit is only now becoming acknowledged by researchers and policy makers. The physical health outcomes of regular physical activity are compelling and pressing. Physical activity is important for people of all ages. However, evidence suggests that activity levels, in Europe and elsewhere, are often low and overall declining.

As our knowledge of the importance of physical activity grows, so does our awareness of the concerning rates of inactivity across Europe, for all ages and social groups. In a majority of countries in Europe, large proportions of the population are so inactive that their health is at risk. In case of children, sedentary lifestyles place them at an increased risk of chronic and/or non-communicable diseases in both the short- and long-term.

Ironically enough, the physical health outcomes of regular exercise are so compelling and urgent that they are in danger of excluding other outcomes by their dominance. This would be unfortunate, as the cases for the wider benefits of physical activity suggest that it can make distinctive contributions to a wide range of domains, including educational achievement, the development of life skills and social skills, as well as psychological well-being and collective economic health.

As part of the 20 House of Sport partners, EuropeActive shares these observations.

Participants and Discussions in the Conference

The Welcome speech was given by the honoured guest, Alain COURTOIS – First Alderman, City of Brussels who shaped the problems related with sport on local level. His message was followed by opening remarks given by Yves LE LOSTECQUE, head of the European Commission Sport's Unit. He successfully achieved one of the main objectives of “Physical activity tomorrow’s cure” by delivering a common message on the need to raise the profile of sport, leisure and physical activity in Europe.

Ms. Gitte LAMBRECHTS-COURTOIS, Physiotherapist and mother of Belgium football goalkeeper Thibaut Courtois, shared her personal journey and findings of how important sport is in children’s’ life and the benefits of it. The speakers underlined that they wish that there are 53 weeks of sport and physical activity in Europe as a result of the ongoing European Week of Sport. This is one of the main goals of the conference: to benefit from the EWoS momentum to showcase positive health-enhancing physical activity examples and practices.

The discussion during the day was followed by 3 main roundtables on the topics: Healthy bodies, Healthy economies and Healthy societies. They were all moderated by leading professionals in the field such as: Jean-Claude COUBARD, Founder and Chairman of EHLA; Alberto BICHI, Secretary General of FESI and Executive Director of EPSI and Laurent THIEULE, President of Sport and Citizenship, Think Tank. Then a Roundtable discussion: “Sport and the integration of refugees” followed.

The discussions identified and highlighted several good practices in Europe, whilst singling out factors of success. The conference was also very helpful for the participants because the discussions drawn concrete and operational recommendations directed at European institutions, the sport sector and the general public. The importance of sport and physical activity was declared by the findings and the discussions that followed gave guided recommendations on how to change the negative consequences of physical inactivity on the society in Europe.

Main Findings outcome of the Conference

According to Pr. Willem VAN MECHELEN, VU University Medical Centre, Amsterdam, only 5 % of the girls in school age are meeting the guidelines of the World health Organization (WHO) on Physical activity, which includes 60 minutes a day moderate physical activities for the children in the school age group. The percentage of the boys is a bit higher but still far away from satisfactory (17%).

In the discussion it also became clear that physical inactivity has bad impact not only on people’s health and the obesity level in Europe but also on the economy thus the society as a whole. According to the findings brought during the conference Physical Inactivity costs the World 67.5 billion dollars a year. Although this is a global number, The European Union’s economy also faces some losses because of the lack of physical activity.

During the panel discussions it became clear that physical inactivity has impact on health not only because of obesity but also because of health issues related to diabetes, heart related problems, osteoporosis, etc. These problems are leading to health related costs and more people who are not part of the work force. All of these factors are related to the fact that being physically inactive has social and economic negative impact on the society. The conference was closed up by all of the participants, giving a good example and having a 60 minutes’ walk.

About the European Week of Sport

For the second time, the European Week of Sport is taking place, starting from September 10th till September 17th. The official campaign was launched officially last Saturday September 10th 2016 in Košice Slovakia. This initiative, implemented by the European Commission for the first time in 2015 aims at promoting sport and physical activity across Europe. 31 National Coordinating Bodies, supported by 30 European partners fostered the organization of 7000 events across Europe, mobilizing 6 million participants. EuropeActive is official partner of the initiative. More about our participation in it can be found here.

About The House of Sport

Building on the momentum of the first EWoS, the House of Sport was created in September 2015 as a joint initiative of now 20leading organizations in the sport and active leisure sector. The main objective of this platform is to benefit from stakeholders’ synergies and join efforts in an organized cross-sectorial approach to raise awareness on the benefits of sport and physical activity.

EuropeActive was founded in 1996 as a non-profit organisation and continues today as the sole voice addressing key EU institutions on behalf of the European health and fitness sector.

Its mission is not only to turn back the tide of physical inactivity but to ensure that more and more people get active as a result of an effective synergy between all the actors in the sector. As an organisation comprised of members and partners from across the continent, EuropeActive supports its stakeholders by offering a range of key industry events, including the European Health and Fitness Forum, FIBO Innovation Tours and the Executive Leadership Forum.

The organisation is also the standards setting body of the health and fitness sector and runs a quality assurance process EREPS that registers instructors, trainers and teachers, and ensures the high quality of service, customer’s exercise experience and results. In 2015, as part of its mission, EuropeActive launched two highly successful projects called ALCIS and PAHA, encouraging thousands of people, young and old, to reflect on their lifestyle choices in relation to physical activity. The organisation is also member of the Advisory Board of the European Week of Sports.